"A film that conjures the word “masterpiece” "

A young girl and a young boy in a huge abandoned building on the outskirts of Naples. One must watch over the other. She is a captive and he is forced by the local mobster to be her jailer.

Despite their youth, both act older than their age … Veronica as a grown-up and uninhibited woman, and Salvatore as the little family man. But now, confronted with this act of violence they react differently. Veronica is restless and rebellious; Salvatore is yielding and more accommodating either for fear or pragmatism. Both are essentially victims, but they blame each other for their imprisonment.

As time goes by however, the hostility between the pair softens, leading to intimacy, punctuated with mutual discoveries and confessions. In this frightening and isolated place, Veronica and Salvatore surprisingly find a way to reignite the dreams and illusions of their lost adolescences. The two share a welcome break from their harsh adult lives, a moment of suspension, before having to address the cruel reality of a violent criminal gang ultimately deciding Veronica’s fate.

L’intervallo is my first fictional feature film, up till now I had only made documentaries, but my approach to this project has been with the same curiosity towards reality and the unlimitedinspiration it can give, and with the same faith in it’s endless narrative possibilities.

Therefore, in this movie as with any documentary, I begun by observing and listening. Together with Maurizio Braucci and Mariangela Barbanente, the two screenwriters, we went to meetand be around teenagers, going to the places were they hang out, talking to them.

When we begun writing, we immediately knew that we would have to leave enough space in the screenplay for the actors to create their own characters and back stories; We thought of the script as a sort of canvas for the plot, precise, but open enough for the characters. Even if the film was to be acted in Neapolitan dialect, the screenplay was written in Italian,so that the actors -when preparing for the role- would have to translate it and make it their own. To make this possible, I decided very early on that the two main actors would have to beamateurs.

Preparing and finding the actors took a long time.

Through schools and various teachers, I met around 200 teenagers from the working-class district of Naples and, with the help of Antonio Calone and Alessandra Cutolo, I chose a dozen,more or less 6 couples of possible leading actors for the movie. We’ve worked with them for over three months without even touching the screenplay. It turned out to be a great group, andwe were sad that some candidates would have to be excluded from the final choice. We talked with the teenagers about it often, but they would all answer that this was an important andfun experience, whatever the outcome. Only when the choice came down to two couples, did we start working on the script. In this phase we also translated the dialogue into Neapolitan,incorporating the suggestions made by the actors, who I believe enriched them and made them more true to their world.

Throughout this long workshop our job wasn’t only to find the best actors or the ones with the best chemistry between them, but also to identify the ones who would be able to bear the responsibility of working on a movie, and in the first days of shooting I was afraid that one of them might give up. Instead, Francesca and Alessio shined both in that commitment and willingness.

When filming, we wanted the camera to keep the whole process as discreet as possible to give the actors as much freedom as possible. With Luca Bigazzi we decided to film without anyadded lighting, except for some shots at night, and with a shoulder-mounted camera, to better adapt to the way the actors would interact with the location; we also opted to film on super16 , because of it’s ability to absorb the strong contrasts between interior and exterior lighting.

All to tell a story about teenagers, where adults are absent, and are considered a menace or harbingers of laws and customs that must be followed.

Here in the south, the laws are those of the Camorra, which tempts and threatens, and with which anyone must come to terms, in one form or another, when choosing to live in this city.

Born in Ischia, he lives between Paris and Naples. He teaches at the prestigious Atelier Varan in Paris. He has directed several documentaries, which have been both presented and awarded at major international film festivals. 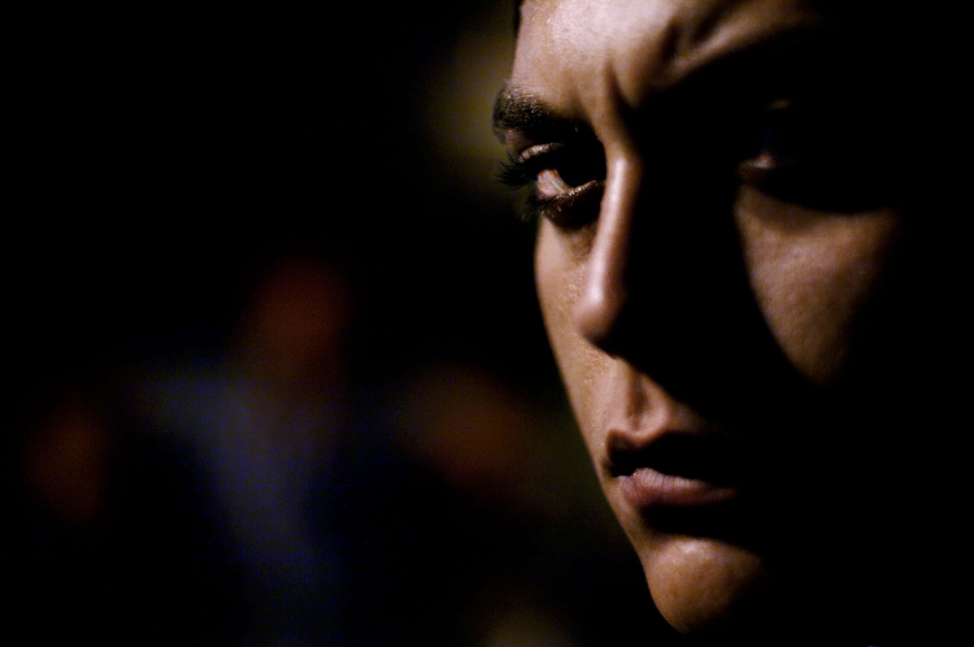 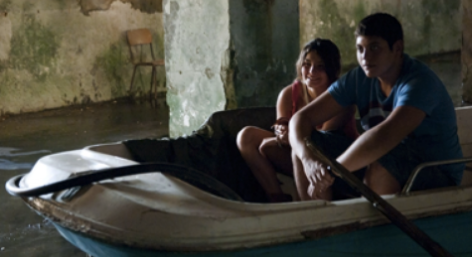